Washington has been fortunate for many years to have strong leaders from our community in the state legislature who helped make our state a leader in establishing and protecting the rights of LGBTQ people. Senators Cal Anderson, Ed Murray, and Joe McDermott and Representatives Dave Upthegrove, Jim Moeller, Mary Helen Roberts, and Brady Walkinshaw served with distinction and helped to accomplish hate crimes protections, a fully inclusive law against discrimination, domestic partnership and marriage equality, and equal parentage rights. We stand on their shoulders and benefit from many years of work and carefully cultivated relationships.

After the alarming election in 2016, much that we had taken for granted seemed to be at risk in our communities – as well as for people of color, immigrants, women, and members of other historically disfavored groups.

In 2018, with Democrats back in control of the Legislature, we passed legislation to prohibit “conversion therapy” and to further the ability of same-sex couples to become parents. We continue to fight every day for legislation to protect the rights and dignity of everyone.

The 2019 Washington State Legislature LGBTQ Caucus hit a historic high and included Senators Jamie Pedersen, Marko Liias, Emily Randall, and Claire Wilson, and Representatives Laurie Jinkins, Chris Kilduff, Nicole Macri, and Beth Doglio. This was the same year that the legislature established the LGBTQ Commission, who works to identify the needs of the LGBTQ community and ensure there is opportunity in state government for advocacy for those needs and for LGBTQ equity.

In 2020, the House of Representatives elected the first out lesbian Speaker of the House, Representative Laurie Jinkins. She follows Oregon Speaker, Tina Kotek, as the second out lesbian House speaker to serve in a state legislature.

Today, the 2021 Washington State Legislature LGBTQ Caucus includes: Senators Jamie Pedersen, Marko Liias, Emily Randall, and Claire Wilson, Speaker Laurie Jinkins, and Representatives Nicole Macri and Kirsten Harris-Talley. All of us are strongly committed to continuing the ongoing struggle for safety, dignity, and full equality for all members of our community. We meet regularly with community advocates, including the GSBA, Pride Foundation, Legal Voice, the ACLU of Washington, Equal Rights Washington, Washington Won’t Discriminate, Ingersoll Gender Center, the SAFE Alliance, the Gender Justice League, and many others to defend our hard-fought rights and lead the country with pro-LGBTQ legislation. All of us need to stand together to make sure that the arc of history continues to bend toward justice for all people. 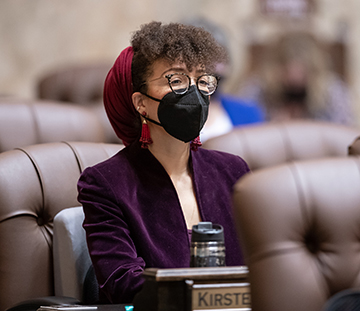 37th District – Seattle
Rep. Harris-Talley has spent over 20 years building powerful movements for change in our region and statewide. From philanthropy, to nonprofit work, reproductive rights, and housing justice. The more she worked for and with our communities, the more she saw that our basic needs not being met. 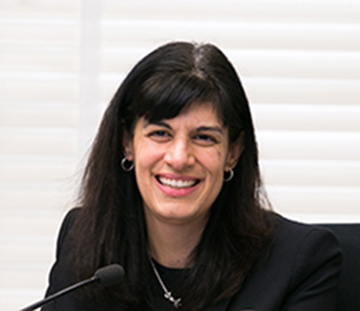 43rd District – Seattle
Nicole Macri is a longtime resident of Capitol Hill with more than 20 years of experience championing progressive causes on issues around affordable housing, homelessness, human services, and mental health. Nicole attended Rutgers University, where she met her partner Deb Cayz, and was the first woman in her family to graduate from college. 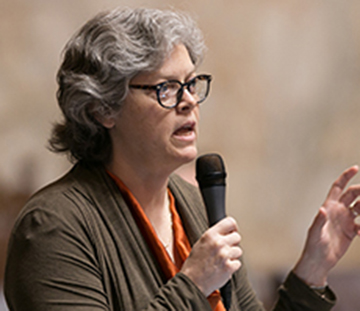 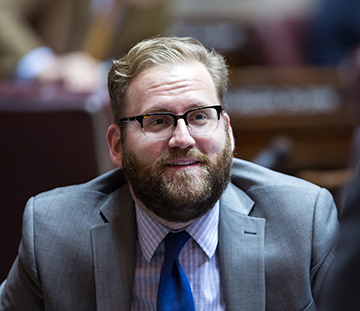 21st Legislative District – Lynnwood
Marko was appointed to the House of Representatives in 2008. In 2014, he was appointed to the Senate, where he’s currently serving his third term. Throughout his service in the Legislature, he has focused on policies to build an economy that works for everyone and to create strong pathways to education and opportunity, while ensuring a focus on equity and social justice for all Washingtonians. 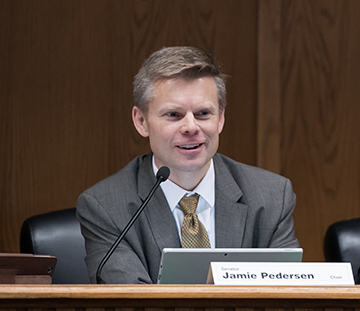 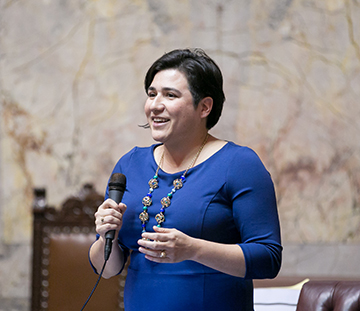 26th Legislative District – Bremerton
Emily Randall is the daughter of two union workers and was born on the Kitsap Peninsula and raised in Port Orchard. She’s worked for ten years in health care and education fundraising and advocacy and in the Legislature plans to focus on affordable college, apprenticeship and job training programs, and removing health care barriers for Washingtonians. She was elected in 2018. 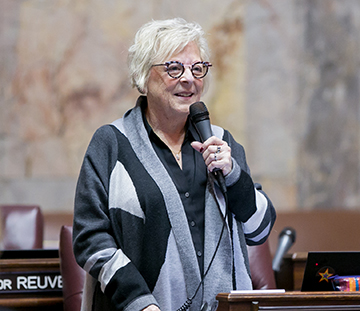 30th Legislative District – Federal Way
For 25 years at the Puget Sound Educational Services District, Claire Wilson specialized in early education and family involvement. Prior to that, she taught pregnant and parenting teens at Mt. Tahoma High School and was a senior grants and contracts manager for the City of Seattle’s teen parent programs. Claire is the vice chair of the Senate Early Learning & K-12 Education Committee. 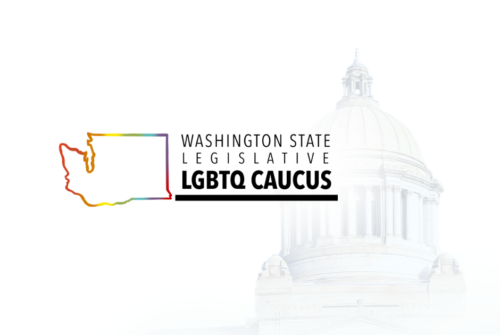