Trudeau: ‘It’s time we rely on more than just luck to end poverty’ 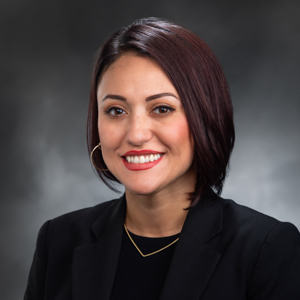 Senate Bill 5752, known as the Washington Future Fund, today had its first public hearing in the Senate Human Services, Reentry & Rehabilitation Committee. The bill would establish the nation’s first debt-free trust fund to create asset-building opportunities in the form of capital for eligible Washingtonians to help provide a pathway out of poverty.

“The Washington Future Fund is a bold idea – but big issues demand bold solutions,” said Sen. Yasmin Trudeau (D-Tacoma), the prime sponsor of the bill. “I’m so proud to work with the state treasurer’s office to address wealth inequality and create opportunities to break generational cycles of poverty here in our state.

“Had there been something like the Washington Future Fund to give my family and me the tools to not only survive but to thrive, we could have gotten our financial footing under us sooner and been better equipped to make the choices that were best for us and our community. That’s what I want for all Washingtonians, and that’s what this bill is about.”

For every child born under Apple Health, Washington would allocate $3,200 into an investment pool. The Office of the State Treasurer would administer the program and the state Investment Board would manage and maximize the investment. Eligible Washingtonians aged 18 to 30 years old would then have access to a one-time disbursement to use for three in-state purposes: buying a home, pursuing post-secondary education, or starting a small business.

“Fundamentally, wealth is the key determinant of the long-term economic stability for Washington families and which opportunities they may have access to,” said Washington State Treasurer Mike Pellicciotti. “So let’s invest now and send the message to those born with the least that Washington will have your back by providing the basic capital needed to start your journey toward financial security.”

The program would be housed in the Office of the State Treasurer. Five years after the initial investment is made, the treasurer would convene a workgroup with representatives from the Legislature and key stakeholder groups to address concerns like disbursement procedures and fraud mitigation. After 10 years, the workgroup would report to the Legislature on program development.

With an estimated 40,000 Apple Health births each year, approximately $128 million would be invested annually, initially from the General Fund. Unclaimed funds would be re-invested in the program to create a long-term, sustainable revolving fund for generations to come.

“The Washington Future Fund would give residents of our state one tool by which folks born into generational poverty could meaningfully address that cycle,” added Trudeau. “I’m ecstatic about the potential of this bill, and proud that we’re starting a conversation about the importance of closing generational wealth gaps to build a stronger economy, healthier communities, and a better Washington for all.”

Today’s public testimony on SB 5752 can be viewed here. House companion legislation, HB 1861, is sponsored by Rep. Monica Stonier (D-Vancouver) and is scheduled for a public hearing in the House committee on Housing, Human Services & Veterans on at 8 a.m. Tuesday.

SB 5752 has until Feb. 3 to advance from the Senate Human Services, Reentry & Rehabilitation Committee. The 2022 legislative session lasts for 60 days. 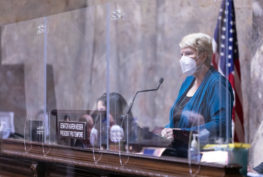 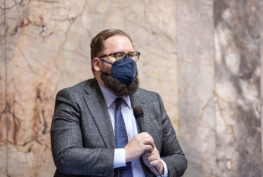 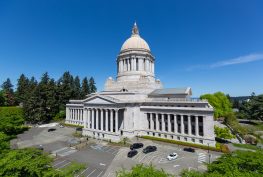 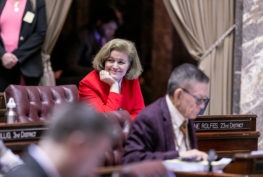